Stormy weather and fires cause mayhem throughout Germany 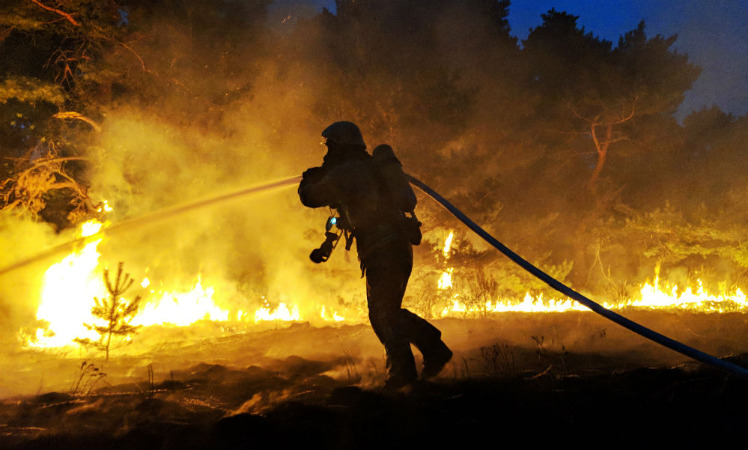 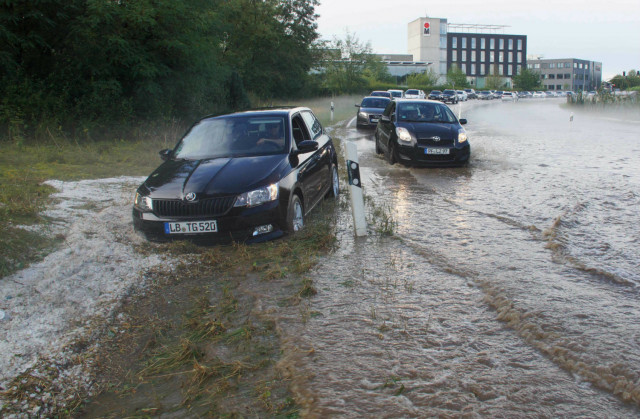 Stormy weather and fires cause mayhem throughout Germany

Firefighters distinguished 500 square metres of fire in Helmstedt on Wednesday.

Germany is experiencing stormy weather and dry temperatures, both increasing the risks of fire. But in most of the country, the weather is expected to improve this weekend.

Following stormy weather in southwest Germany, meteorologists are predicting additional thunderstorms, which they say carry a risk of forest fires.

Thunderstorms, hail storms and stormy gusts are likely to occur throughout the country, from southwest Germany to the eastern states of Saxony and Thuringia this Thursday, according to the German Weather Service (DWD). The first storms have already struck Baden-Württemberg and Saarland.

Throughout southern Germany, there are high to very high fire risks due to extreme drought conditions, reported DWD.

However, the intense weather is not causing drop in the temperatures: throughout Germany, Thursday is supposed to stay warm at 25 to 32 degrees.

The only exceptions are the coastal parts of the country – such as the North Sea – where temperatures will remain a mild 20 degrees with many clouds and occasional rain.

On Thursday night through Friday, clouds are predicted to coat most of Germany’s skies. In the south, some strong showers and thunderstorms at low temperatures of 11 degrees are expected.